The Good, The Bad, and The Beautiful

Explore the west when it was still wild. Historic sites and homesteads around VERNAL, UT offer unique glimpses into life before and around the turn of the century. See what the world was like for the pioneers of the west who tamed the land or the outlaws who wandered through it.

Explore Browns Park and Jarvie Ranch in the Wild West where Butch Cassidy and the Sundance Kid hid from the law.

Located on the Green River in Brown’s Park, historic Jarvie Ranch provides a glimpse of turn-of-the-century frontier life in what is still a remote part of the West. The 35-acre site contains the original stone house and two-room dugout that was Jarvie’s first residence. There is also a replica of the general store, originally built in 1881. Visitors welcome any time.

Embracing the Freedom of the Frontier

In 1862, the United States Congress passed the Homestead Act in an effort to move people into their newly acquired territory of the American West. Born in Arkansas around 1874 to educated and wealthy parents, Josie was only three years old when she and her mother-ambitious, independent, strong-willed Elizabeth-and her mild-mannered father, Herb, packed their belongings and made the journey west by wagon. They homesteaded in an area called Brown’s Park, only 40 miles from the Cub Creek site that Josie homesteaded independently later in life. As a child in Brown’s Park, Josie contributed her part of the household and ranch chores. Once these duties were complete, young Josie was free to play in the surrounding wilderness with her four siblings. The children grew up having an intimacy with and dependence on the natural environment, forming values based on hard work and resourcefulness. Josie’s family hosted many guests in their home, including some outlaws like Butch Cassidy, which fostered in Josie a strong sense of hospitality, generosity, and community.

A Progressive Style of Womanhood

The women of Josie’s family were not only pioneers of the west, but also represented a progressive style of womanhood. Josie married five times and she divorced four husbands, in a time when divorce was almost unheard of. For this, Josie, with her strong will, charm, and independence, garnered rumors about her throughout most of her life. Josie was universally admired, however. Living such a remote and rugged lifestyle, women were respected if they could work alongside the cowhands and run an efficient ranch, in addition to being feminine.

With no money to buy property, Josie decided in 1913 to homestead again this time in Cub Creek. Here she built her own cabin and lived for over 50 years. She shared her home with her son Crawford and his wife for a time; grandchildren spent summers working and playing alongside Josie.

The Pioneer West in Modern Age

Raised on the frontier, Josie lived into the modern era of electronics. For friends and acquaintances in the 1950s, Josie was a link to a world past. During Prohibition in the 1920s and into the 1930s, Josie brewed apricot brandy and chokecherry wine. After a lifetime of dressing in skirts, she switched to wearing pants in her later years. She was tried and acquitted twice for cattle rustling when she was in her 60s. At the age of 71, in an ambitious move to revive a profitable cattle business, she deeded her land away and lost all but the five acres where her cabin still stands. In December of 1963 the legendary Josie suffered a broken hip while in her cabin, she died of complications in May of 1964.

Today Josie’s cabin would be considered a modest structure. It is hard to imagine this place as a hub of activity, a site where on individual poured heart and soul into endless hours of chopping wood, cooking meals, milking cows, entertaining guests, and tending the chicken coop and vegetable garden. Look closer at the walls and envision a bed where Josie slept through bitter cold nights. Breathe in and imagine the rich aroma of Josie’s homebrewed coffee and homemade biscuits. Envision how it would have been to a guest at the generous hostess’ table. Take a moment to sit in the shade of the trees surrounding Josie’s cabin – trees she carefully planted to provide the shade and fruit necessary for survival in a harsh environment. Walk the short trail to the box canyon where Josie penned her livestock; the wooden fence still stands. Imagine living in this place without plumbing, electricity, or neighbors for over fifty years. Relax and let the stillness enchant you; it is the same peacefulness that Josie may also have felt here.

Visit a ranch that was the result of the Forest Homestead Act of 1906. See what was necessary to make a living in the early 1900s in a remote and rugged part of the West. This homestead, listed on the National Register of Historic Sites, was constructed by Oscar Swett in 1909 and contains two cabins, a five-room house, a meat house, a root cellar, sheds, a granary, and a barn. 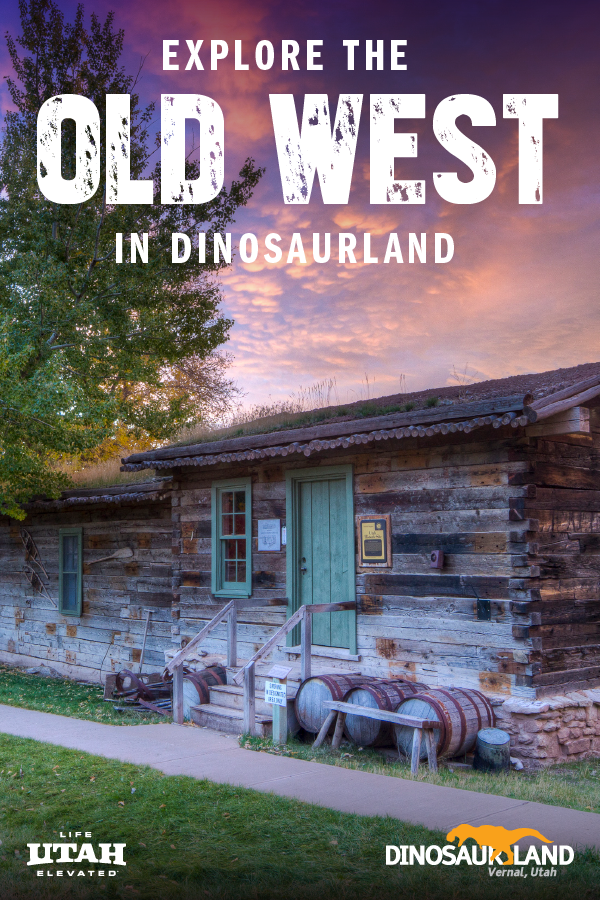