This year Dinah “SOAR” Days had 24 hot air balloons that flew over Vernal during the festival. Pilots came from all over the United States to participate in the event. Many pilots had to make the tough choice of participating in Dinah “SOAR” Days or attending another festival the same weekend. Many of the pilots commented on how welcoming the community of Vernal is to them and that was a determining factor in them choosing to fly in Vernal. The hot air balloons launched Friday, Saturday, and Sunday mornings from the Uintah Recreation Center. Spectators were able to enter the launch field for free each day. For many this was their first time to experience the wonder and amazement that comes from being up close to these giant balloons. Unfortunately, COVID-19 restricted the event from providing tethered rides like it had in the past. The event planners are hopeful to bring tethered rides back to next year’s event. 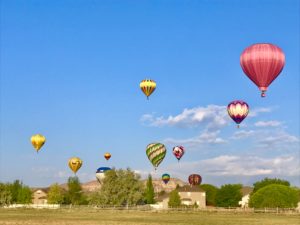 We LOVE to see the balloons soaring over Vernal! 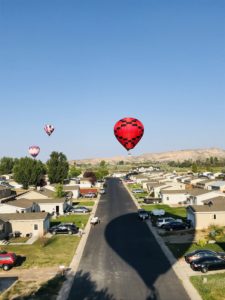 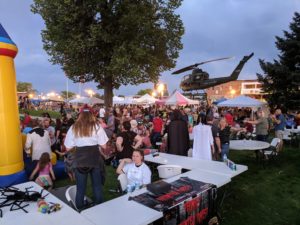 Dinosaurland Courtyard was filled with activity Friday and Saturday. Live entertainment was enjoyed on the stage by the Uintah County Library, craft and food vendors stretched across the park, children enjoyed playing on the free bounce houses, and food trucks lined the street enticing everyone that came near. 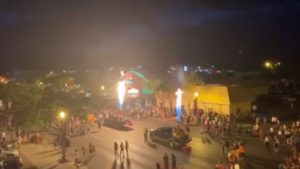 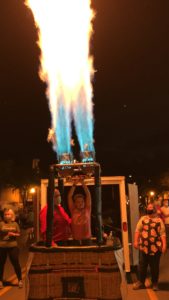 Friday evening the crowds gathered on Vernal’s Main Street and Cobble Rock Park to enjoy listening to the music of the different bands competing in the battle of the bands, a beer garden, Dinaland Car Club Car Show, and a dino dash. They also enjoyed shopping at the downtown stores and restaurants. Many of whom, were staying open late and having a “balloon light sale.” Restaurants, retail, and hoteliers seen a surge in customers which contributed to a positive impact to Uintah County’s economy. It is estimated that tens of thousands dollars were spent in Uintah County due to this festival.

The biggest anticipation of the night was of course the balloon night glow. Unfortunately, the weather did not cooperate for the pilots to safely put up their balloons on Main Street as hoped. The pilots did however, set up their baskets and candlesticked. Candsticking is a fun and exciting event that involves using the basket and the burner but no balloon. The burner is pulled and giant flames soar up through the sky. 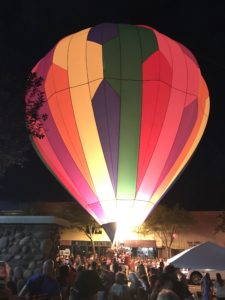 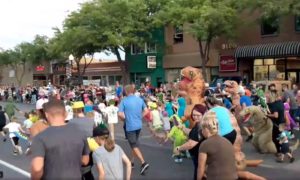 Dinosaur lovers young and old dressed in dinosaur costumes and attire to participate in the First Annual Dino Dash down Main Street. The race was less than a half mile in length. (Which is plenty long if you are wearing a dinosaur costume and that doesn’t allow for much movement.) Participants all received a medal for finishing the race. 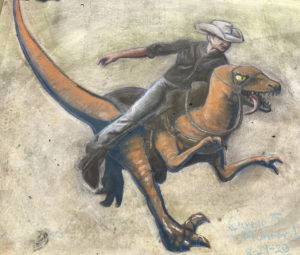 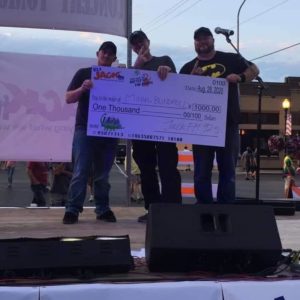 Friday five bands competed in the Battle of the Bands on the stage of Cobble Rock Park and Main Street. All bands performed really well and the crowd loved listening to and signing along with them. The band Minus Blindfold ended up winning the competition for the second year in a row and was awarded $1,000 for their performance. They also were able to be the opening performers on Saturday before the headliner band Shuffle played. 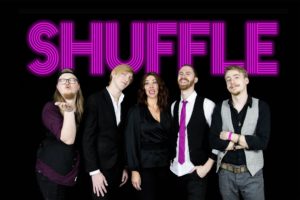 The headliner band Shuffle played on Saturday night on the stage at Cobble Rock Park and Main Street. The free concert drew in large crowds that loved the music and stayed until the end. Many commented on how fun it was to have a concert on Main Street with the the balloons candlesticking behind them. Many of the downtown businesses experienced an influx of customers during the concert and candlesticking event. Business owners expressed their appreciation and excitement for having the festival downtown. Many felt that the festival had a positive impact on the economy and their business.

Dinah “SOAR” Days Hot Air Balloon Festival is scheduled to return to Vernal, Utah on August 27-29, 2021. We can hardly wait to see the Vernal sky filled with the colorful hot air balloons again. We hope that you make plans to attend next years event! 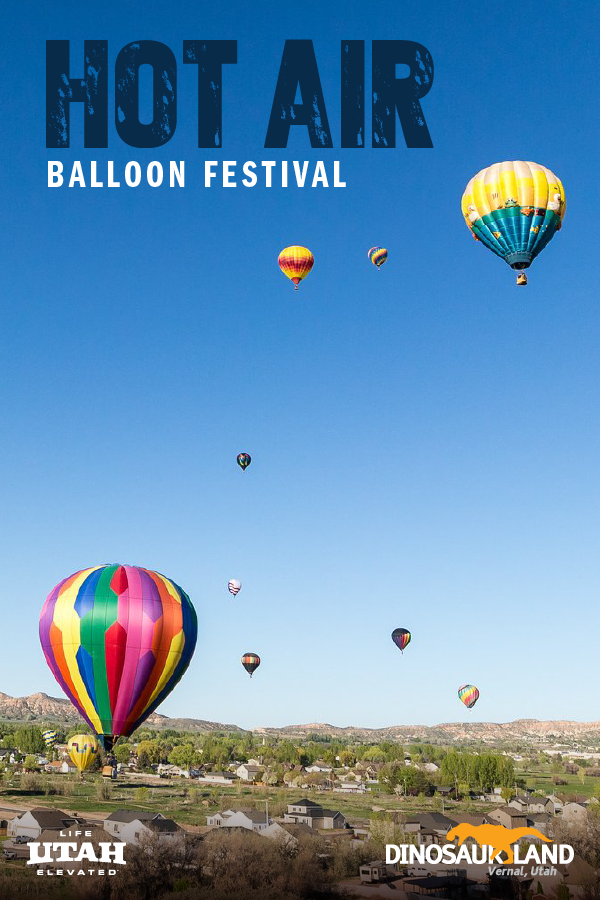